Thanks to Kelvin Davies for providing the content (and pictures!) for this page.

Terneuzen is possibly the best place I have visited to see ships.

Located on the southern bank of the River Scheldt, you can see ships heading to and from the ports of Antwerp, Terneuzen itself and Ghent.

There is also a huge number of inland vessels moving here, many going to Antwerp but also some going much further afield via the European canal system.

It is possible to see literally every kind of vessel passing Terneuzen, from fishing boats to ferries to the largest container ships, bulkers etc.

Not far up the road is Walsoorden. Walsoorden has the best light in the morning and late afternoon and Terneuzen is good for the rest of the day.

Terneuzen 1
Probably my favourite. From this location, you can see ships approaching from literally miles away in both directions.

Ships arriving from the North Sea, first become visible as they enter the river between Vlissingen and Breskens (12 miles from Terneuzen). You can follow the vessel's progress as it follows the channel, crossing to the southern side of the river to pass Terneuzen.

If the ship is headed for Terneuzen or Ghent it will enter the Terneuzen outer harbour just a few yards from you. They are so close you could almost touch them!
Vessels leaving Antwerp will generally become visible as they round the bend in the river about 8 miles away, near a small place named Knuitershoek. And of course, vessels leaving Terneuzen or Ghent use the same route as inbound vessels from Terneuzen into the river.

It depends where you are starting from. Generally, you need to be on the western side of the Ghent canal.

Follow the N252 and signs for Terneuzen Havens 0-500 and 1000-1200. Continue past the next sign which shows Havens 0-500 straight ahead and 1000-1200 to the right. Follow the Havens 0-500 direction, also signed for Goest and Middelburg. You will pass the bus station on the left side and after this, there is a roundabout.

After the roundabout, there is a right turn with a signpost showing Havens 490-500. Take this turn and after 1 Km or so, the road will bend to the left, with a smaller road forking off to the right. This road climbs up the bank and you will see the parking place once you reach the top.

If you are coming from the Terneuzen side, head westwards. You will probably be able to see at least one of the bridges raised so head toward those. If you follow the signs for Goest, you will join the N252 near the bus station. Once you have made it to here, follow the above directions.
Note:

Those raised bridges cross the various locks serving the Terneuzen harbours and the Ghent Canal. If you want close-ups of ships using the locks, head for one of the closed bridges (raised). There is always somewhere close to the bridge where you can park. At these places, you are so close to the ships you could get a photo of the Captain's happy smiling face (should you wish!)

Approaching the entrance to the Terneuzen-Ghent Canal.. 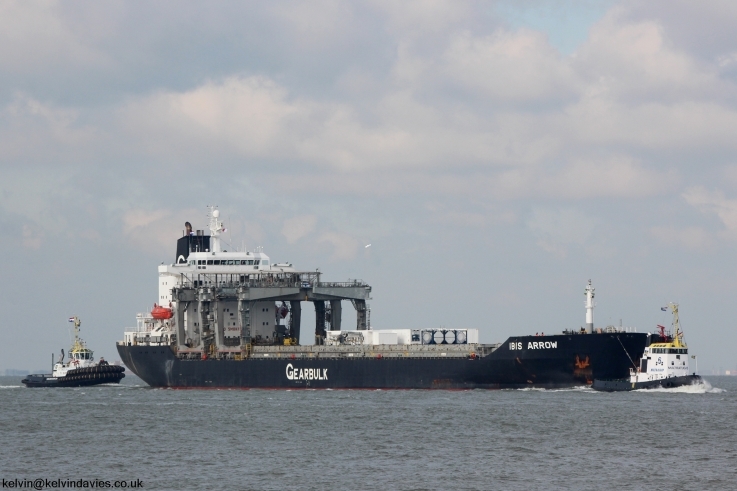 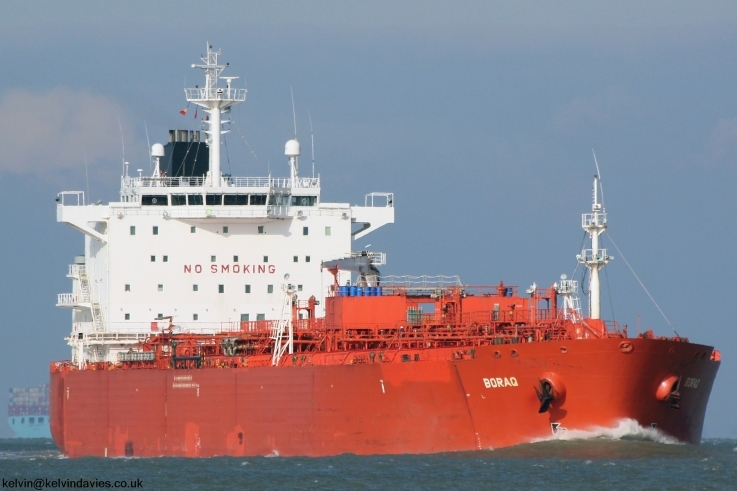 Entering Terneuzen from the river.. 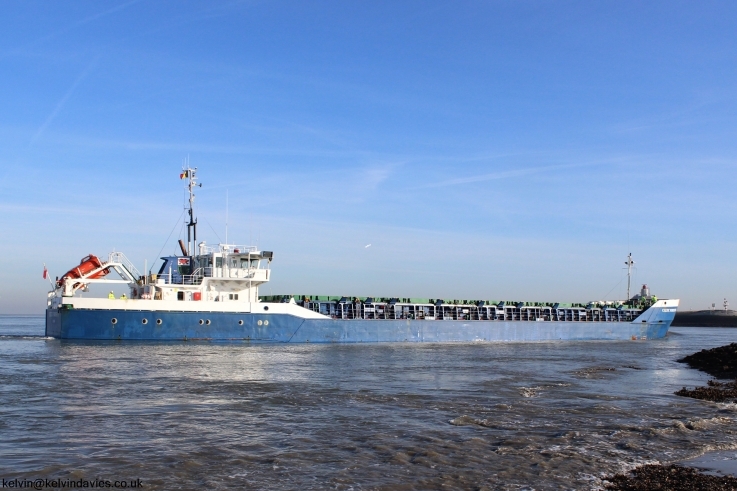 Almost as good as Terneuzen 1 except you will not be so close for ships entering the Ghent Canal. Ships to and from Antwerp pass very close to this location. Close enough that you have to be careful about ships' wash when the tide is high!

Coming from Ghent direction, reverse the directions above. Again, follow the N252 until the bus station. Here you need to turn right, heading toward Terneuzen town centre. Once across the bridges etc, turn left on Binnenvaartweg and proceed toward the river. At a small junction just before the road bends to the right, turn left toward the cafe Brasserie Westbeer. A large building with a green roof, you can't miss it.

Park anywhere round there, paying attention to the marked bays and walk along the mole that sticks out on the western side of the small craft marina. If you want to sit while waiting there, take a chair with you. There is no seating or shelter at the end of the mole. 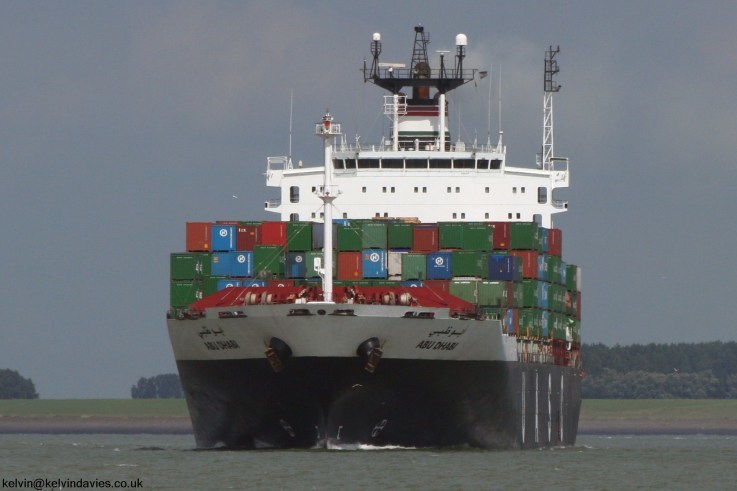 Heading in to Antwerp.. 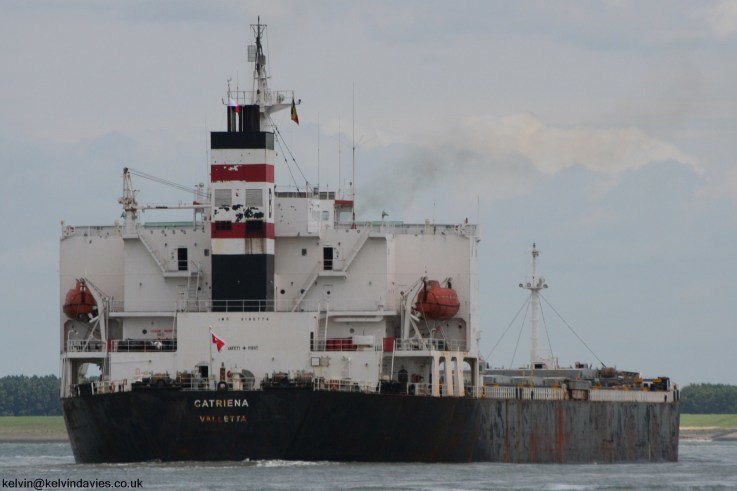 This is a great place for close-up shots of Antwerp traffic. The river at this point makes a turn of almost 180 degrees and is the only place I know where you can photograph a ship from all 4 sides!

As ships depart Antwerp (which is visible in the distance) they will have their starboard side facing you as they approach. At Walsoorden, the river has a 90 degree turn so the ships soon are facing you head on. After they pass you, showing their port side, you can get some nice stern shots.
And of course, the reverse applies with traffic arriving for Antwerp.

A nice bonus with this location is the really good paved area made specifically for people to sit and watch the river, complete with park bench type seating. Excellent!

Coming from Terneuzen, follow the road along the length of the dyke. It is too difficult to describe the route in detail. Basically, come out of Terneuzen toward the river and turn right. The route will take you through various suburbs with no signs!
Once you find the correct road, follow it all the way round the coastline and you will end up in Walsoorden. Alternatively, you can approach it from the direction of Hulst. It may be slightly longer from Terneuzen but has the advantage of going via larger roads, with Hulst being well signposted. Also, if coming from Anterp direction this is the only way to go.

From Terneuzen, leave town on the N62 until you reach the junction for the N290, signposted for Terhole. At the end of the N290, turn left for Kloosterzande. Pass Kloosterzande and take the road signposted for Walsoorden. In Walsoorden, follow the main street until you reach the end of the road. You need to find somewhere along the edge of the road to park.

Coming from Hulst is exactly the same, except you join the N290 further south of Terhole. Personally, I tend to stay at a hotel in Hulst when over there. It is easy to reach Walsoorden early in the morning. As the sun moves around, I go to Terneuzen, returning to Walsoorden as the sun gets too far west for good photos of inbound vessels. 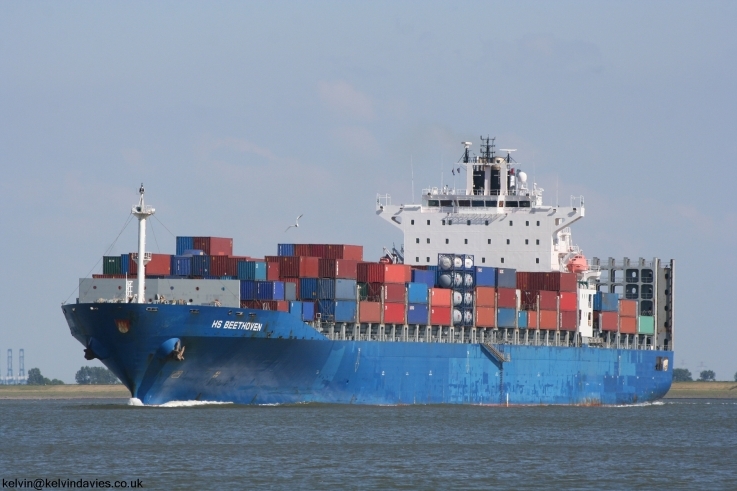 Passing the viewing spot at Walsoorden.. 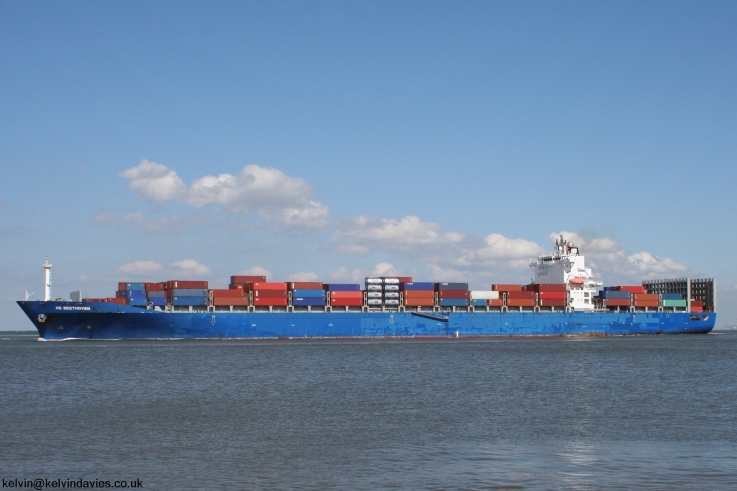 After passing the viewing spot at Walsoorden.. Also in this area, it is possible to get some good shots of ships on the Terneuzen-Ghent Canal from the N252 as this road passes very close to the canal.

This reply was deleted.
E-mail me when people leave their comments –
Follow