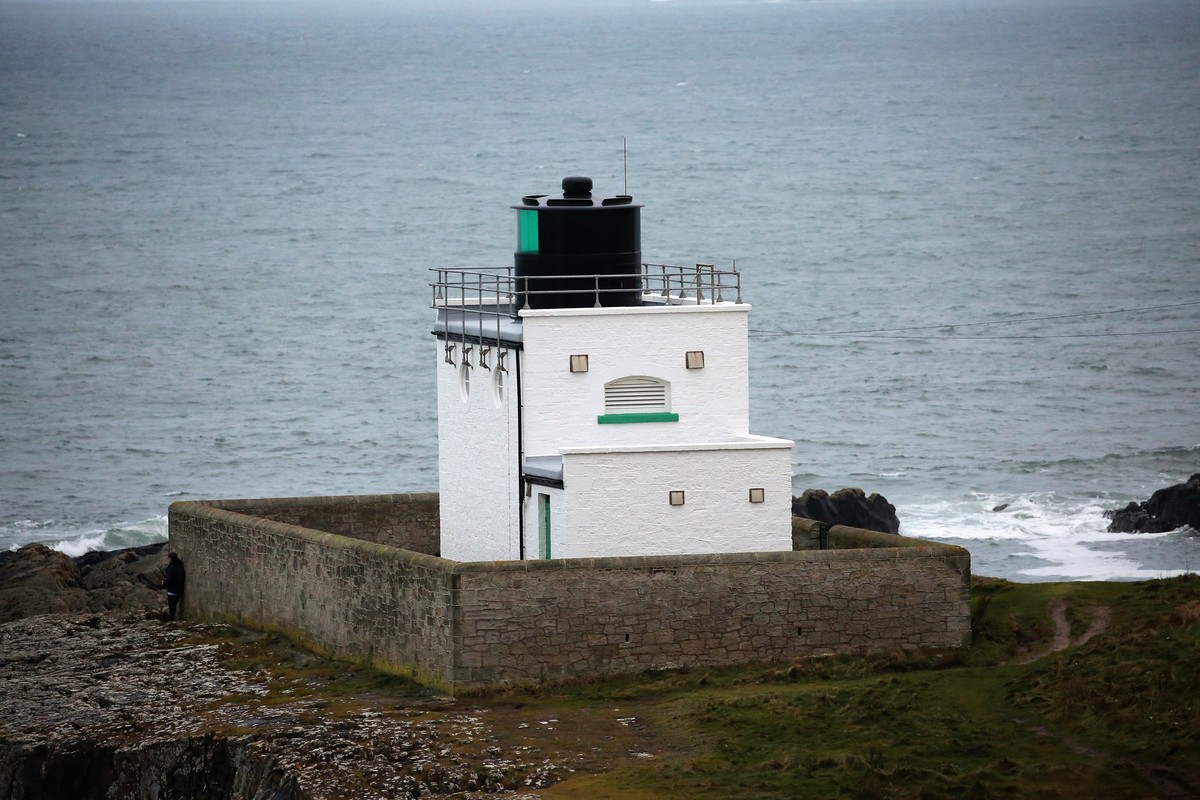 Bamburgh Lighthouse was built by Trinity House in 1910 to guide shipping along the Northumberland coast and in the waters around the Farne Islands.

In 1910 a 42ft unmanned lighthouse was built, a circular metal-framed tower with acetylene gas lamps. In 1975 the tower—the most northerly land-based lighthouse in England—was discontinued and the new electric light was placed on top of the adjoining acetylene fuel store building.

The Bamburgh area—the castle in particular—has played an important role in English history since the occupation of the site by the Romans. Only 20 miles from the Scottish border, Bamburgh Castle was once captured by the Scots and has also been fought over by the Danes and the Kings of Mercia and Northumbria. By the late 18th century the castle had fallen into disrepair and became a charity school run by a Dr. John Sharp (1722-92), who also instituted various measures for the benefit of passing mariners. He set up an elementary lifeboat station in Bamburgh Village, operated a warning system of bells and guns from the castle ramparts and employed two riders to patrol the shore in bad weather to keep watch for ships in distress.

Tags: lighthouse
E-mail me when people leave their comments –
Follow