ALBATROS [IMO 7304314, MMSI 30878400], ex CROWN - 2002, NORWEGIAN STAR 1 - 2001, 28,518 gt, 205.46 loa, built 1973 in Finland at the Wärtsilä Helsinki New Shipyard shipyard, Bahamas flag, owned by Albatros Shipping Ltd of Monaco and managed by V Ships Leisure SAM also of Monaco but is operated by Phoenix Reisen a travel club based in Germany. The ALBATROS arrived at her at Fremantle Port berth at F Berth at 1700 hours on February 9, 2016. The Word Shipping Society is reporting her arrival as being late having been delayed by headwinds during the later part of passage from Mauritius. She left Fremantle on February 10, 2016 at 1830, her next port of call, Adelaide, South Australia. 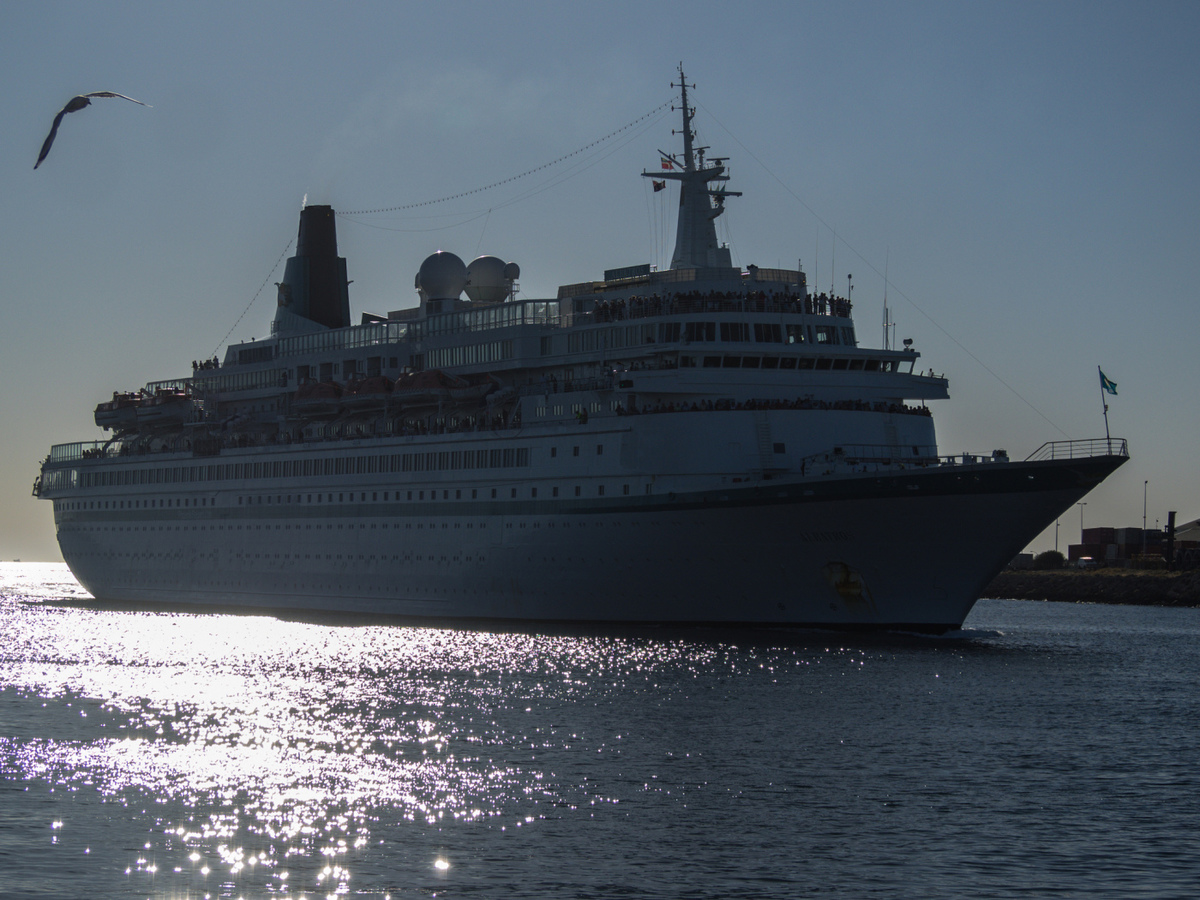