The CAPE LE GRAND II is photographed here departing Fremantle Port on January 19, 2016. According to MacKenzie Marine & Towage she is a Fremantle tug but this is the one only and time I have seen her in the Fremantle Inner Harbour so not sure where she does most of work. Maybe it is local work out of their local operations, the Henderson Boat Lifters which is an area difficult to access to for photography. 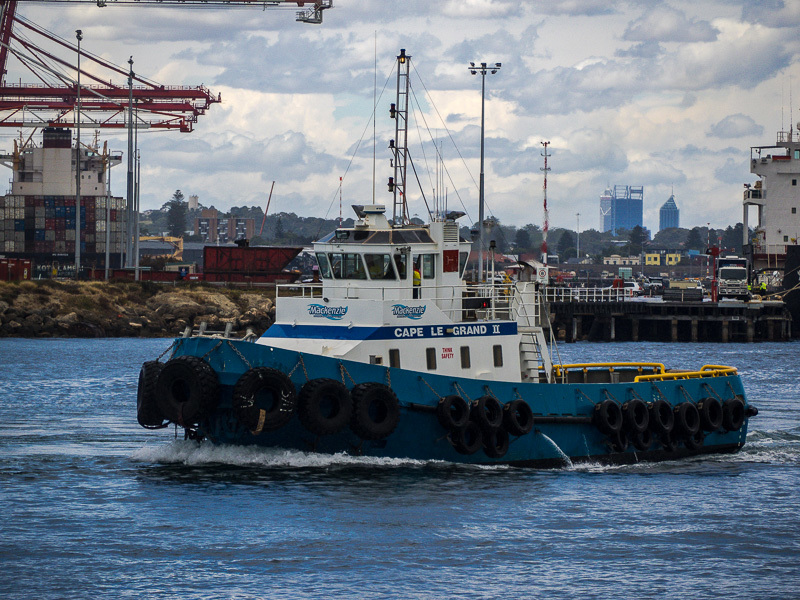