The British managed container ship, Los Angeles Trader [IMO 9327798] departing Fremantle Port on December 15, 2015. She was heading to berth alongside the Patrick Stevedores operated No. 8 NQ berth. Her next port of call is Sydney, Australia. The Los Angeles Trader (formerly known as the Wan Hai 602 is a post-panamax container ship with a TEU capacity of 6,039 units. She was built by the China Shipbuilding Corporation in their ship building yard at Kaohsiung, Taiwan. 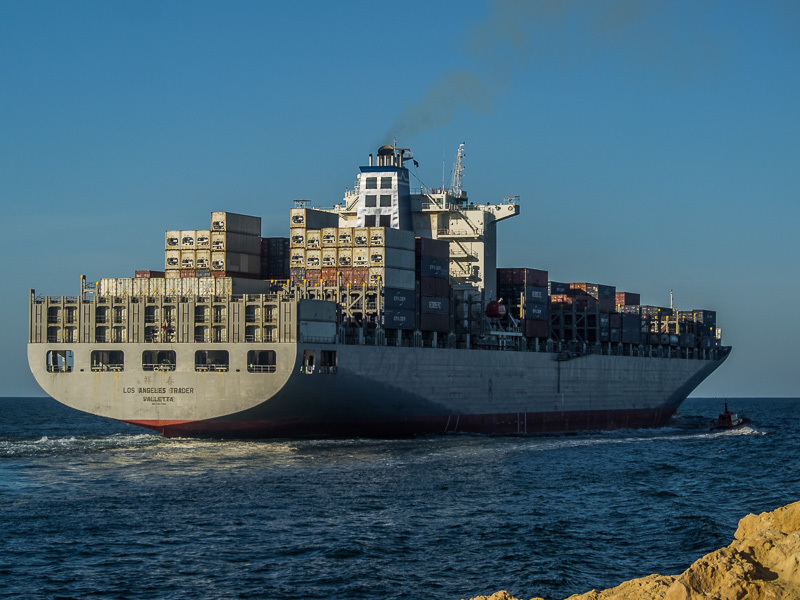