ML1387 Medusa is preserved by The Medusa Trust. Launched in October 1943 she took part in the D-day landings of June 1944 where she marked a channel that had been swept through the German minefields.

Powered by two diesel engines she was armed with a 2-pounder gun, a 20mm gun and twin Vickers machine guns. She also carried six depth charges and sonar in her role as a Harbour Defence Motor Launch 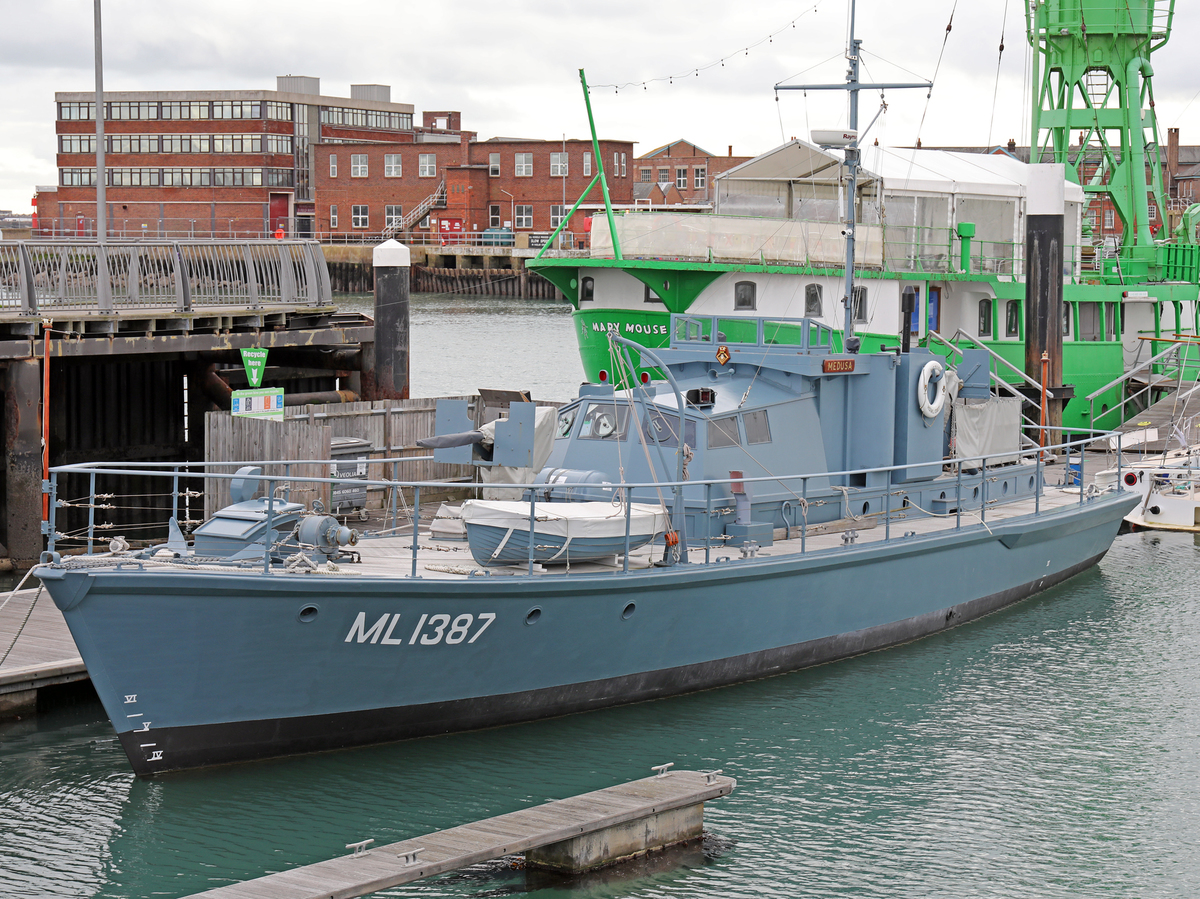