The vehicles carrier, Pisces Leader [IMO 9676876] on approach to Fremantle Harbour on December 16, 2015. Her previous port was Port Adelaide and once she has discharged her cargo via Patrick Stevedores operated No. 11 NQ berth will continue on to Singapore. She was built at the Shin Kurushima Onshi shipyard in Japan in 2014. 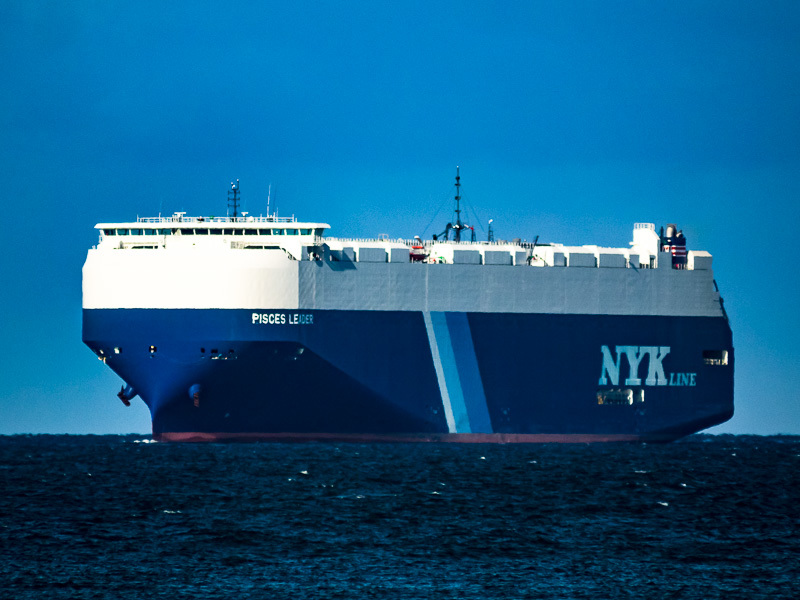