The TAMS tug boat, Quenda [MMSI 503444000] on approach to Rous Head Harbour, Fremantle on October 30, 2015. It appears that the Quenda may also be called Seahorse Quenda which appears to be its name when owned by DMS Maritime Pty Limited, Sydney, Australia. 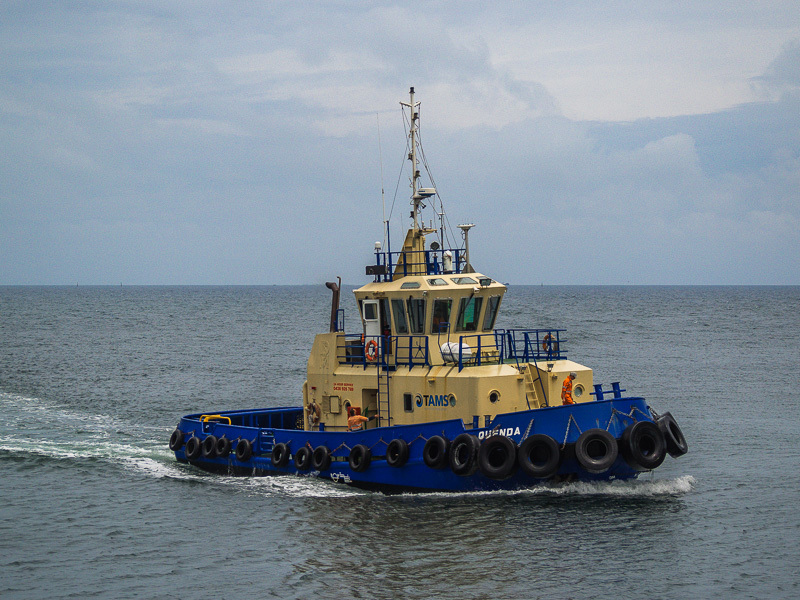