The Hong Kong flagged panamax container ship, the Safmarine Mulanje [IMO 9311701/MMSI 477849300] departing her berth at Fremantle Port through the harbour entrance channel into Gage Roads and on to Tanjung Pelepas, Malaysia on August 3, 2015.

The Safmarine Mulanje was built in 2007, she has a gross tonnage of 50,686 tonnes, a deadweight of 61,447 tones and a TEU capacity of 3,647 units. She is managed by Moller-Maersk A/S of Germany but sails under the funnel marks of Safmarine brand. Safmarine it today part of the Maersk Group. 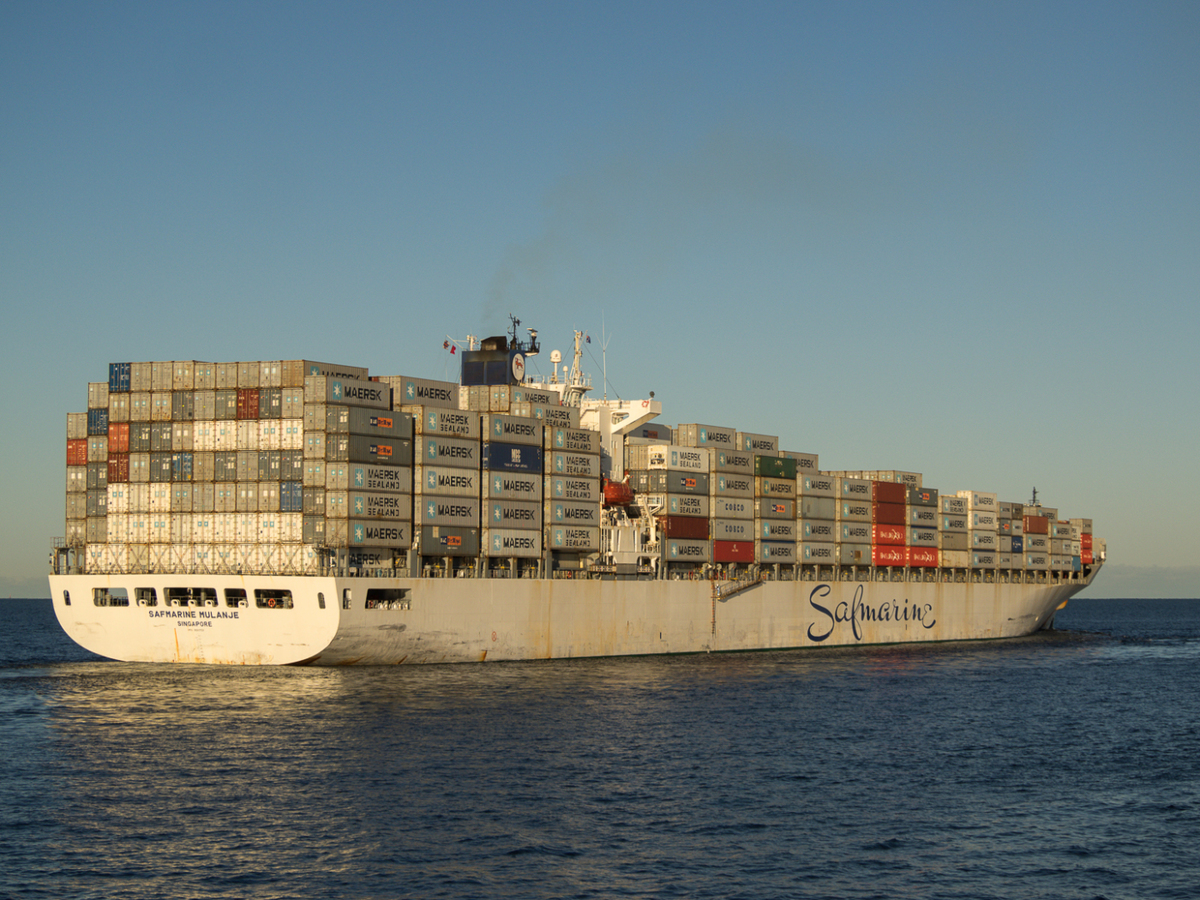