She is photographed here as she comes through the entrance into the Jervoise Bay northern harbour. 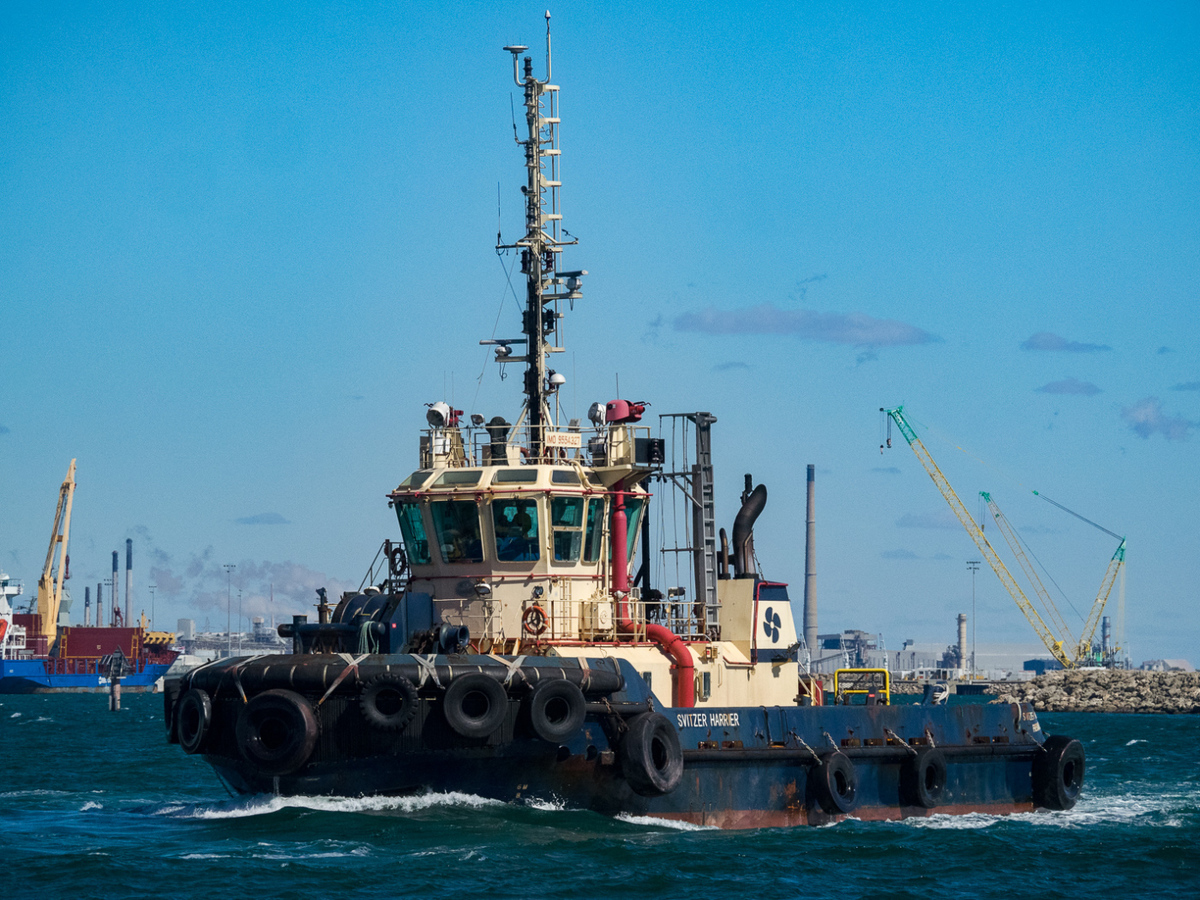