May 22, 2017. Aérospatiale AS-355F-1 Ecureuil 2 , C-FHNB departing from its Toronto Downsview CYZD helipad. The chopper, built in 1985, is owned and operated by Four Seasons Aviation Ltd., a helicopter charter company. The aircraft see in the background just by the front rotor is an AIr Canada Boeing 787-8, C*GHPV, on finals for Toronto YYZ from Zurich ZRH as AC879. 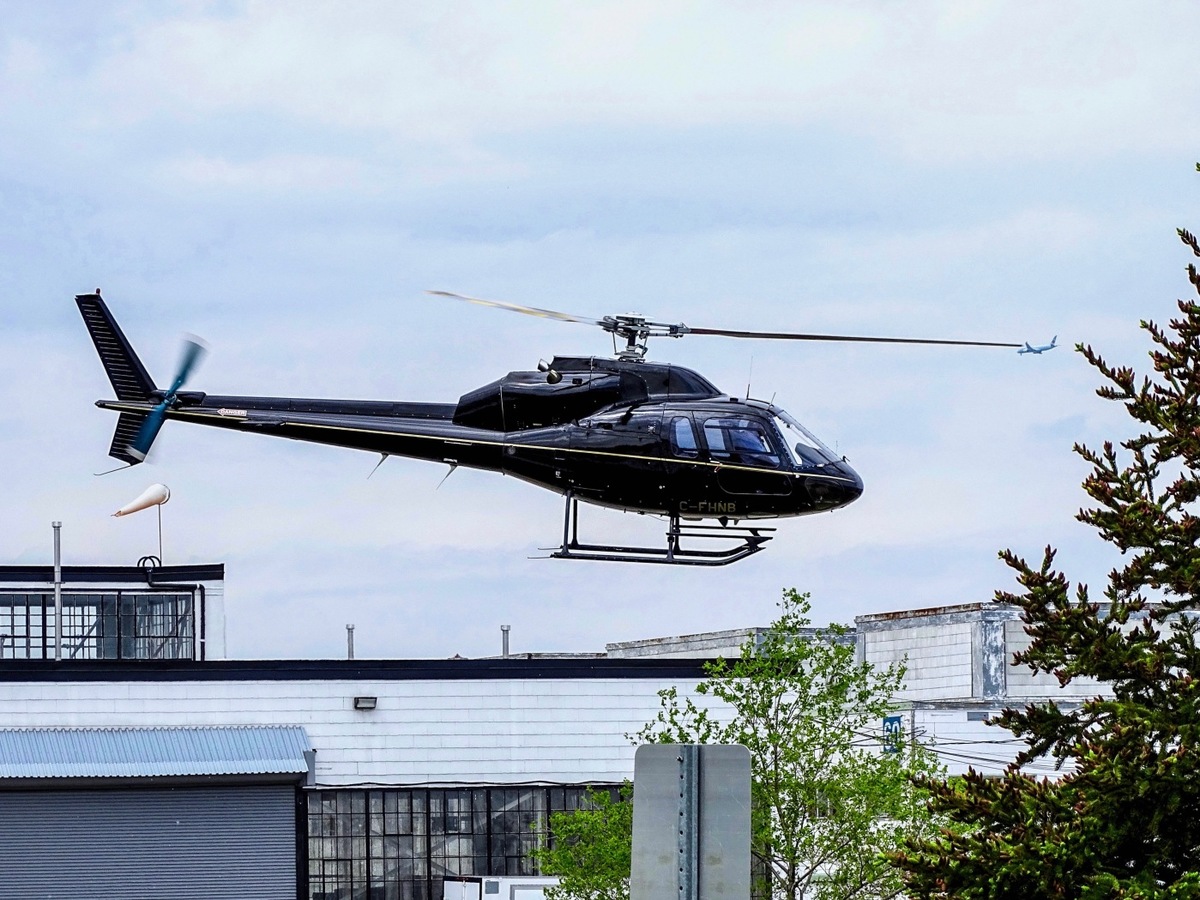