Built in 2015, the Panama flagged, 70,048gt 199.99 m NYK Line vehicles carrier, the CASTOR LEADER [IMO 9713894 ] departing the common user berth, H Berth at Fremantle Port, Fremantle Port on May 6, 2016. Her last port of call was Melbourne, Victoria and she was departing for Singapore having arrived earlier in the day.

The CASTOR LEADER was one of the larger vehicles carriers I have photographed at Fremantle Port. She has a car carrying capacity of 7,124 vehicles.  Apparently whilst Western Australia was in the midst of an economy downturn in 2016, we where still are buying a significant numbers vehicles with our new car registrations one of the highest in the country. 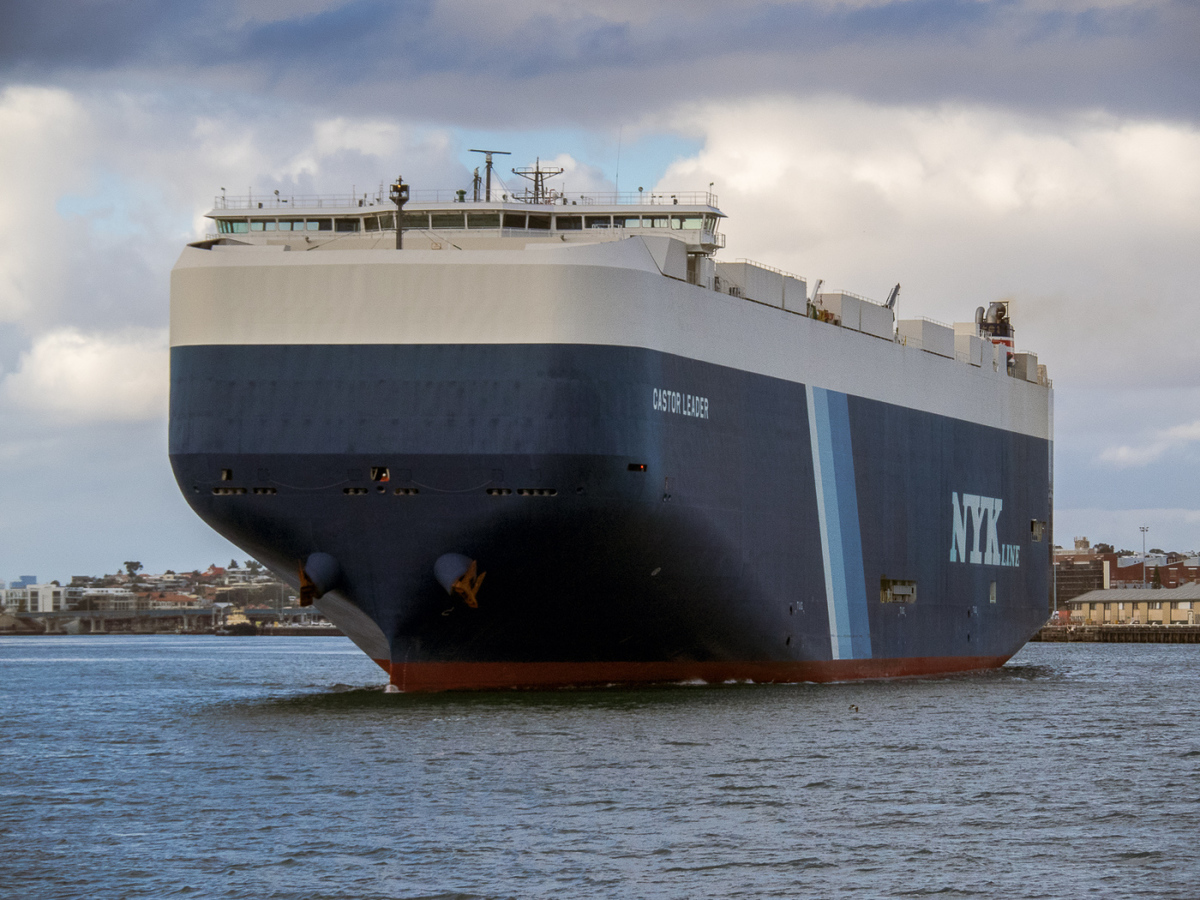